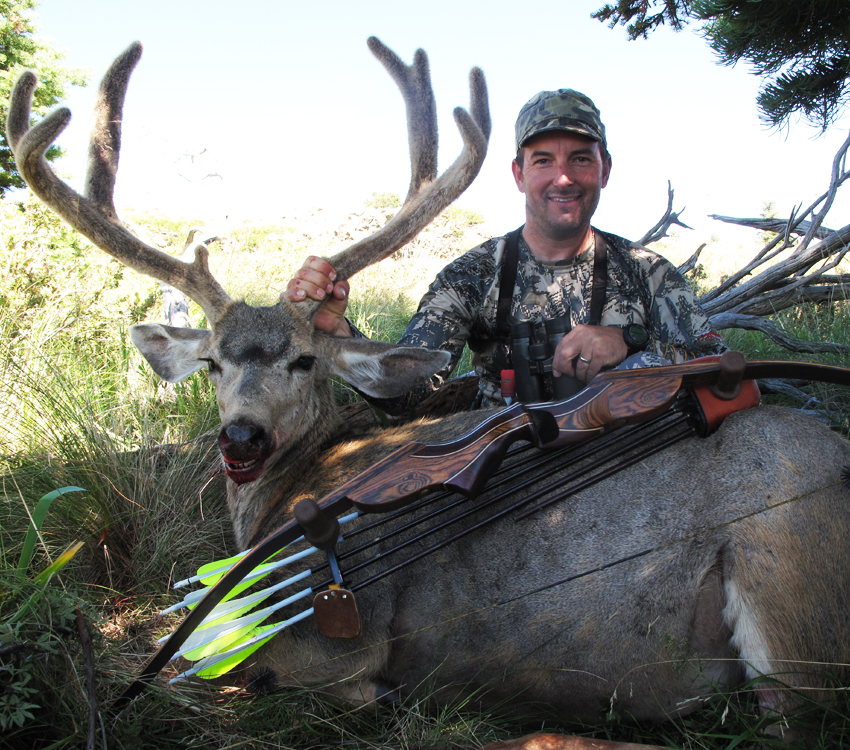 The NDBA Rendezvous, slated for April 22-24, 2022, and hosted by the Nishu Bowmen of Bismarck, will be featuring Mr. South Cox as the banquets guest speaker.

A little about Mr. Cox

South Cox’s interest in archery started at the age of five when he found an old wood recurve under a neighbor’s house. Despite having no mentor and growing up in a vegetarian family during his younger years, the instincts of the hunter ran deep. At 16, he shot his first deer with a bow—cementing a lifetime commitment to the sport.
In 2007, with 20 years of professional woodworking experience, South took over Stalker Recurves, reviving a company that had been dormant for the better part of a decade. Combining both of his passions; a profound love of woodworking and archery, he enthusiastically dove into the new venture. His keen eye for detail and diligent work ethic can easily be recognized in the artistic changes, additions and technical advances in the bow lines.
In 1989, South’s first bowhunting article was published, spawning a new career that would eventually have him published in a half dozen different archery magazines, contributing to a couple of bowhunting books and earning him a position as Field Editor of Eastmans’ Bowhunting Journal, a position that he still maintains.
In 2012, with the blessing of his wonderful wife, Kyri, after 25 years in construction, South decided to “retire” and take up bow building full time. Between writing and bow building, he is now fully immersed in the hunting industry—truly “living the dream!”

The NDBA Bowhunters Foundation, Inc. is a 501(c)3 Foundation organized exclusively for charitable, scientific and educational purposes. The purpose of the organization is to provide funding for activities which advance the sport of archery, promote the cause of education, encourage community betterment, and assist people to learn more about Archery and Bowhunting in North Dakota.