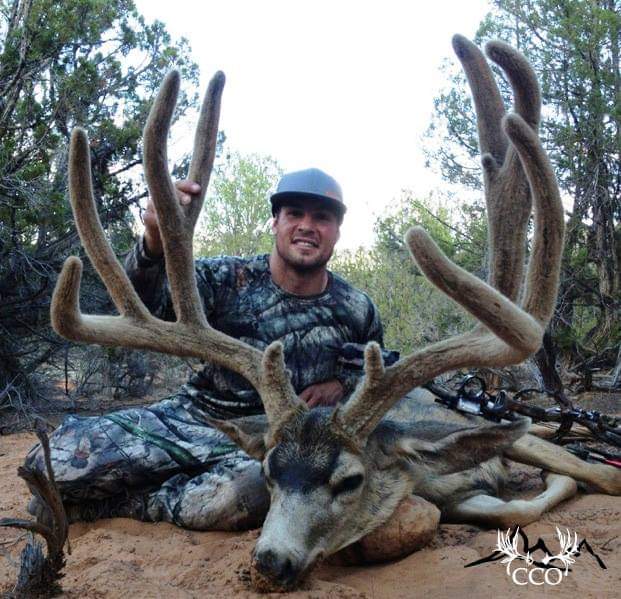 “This is a tremendous mule deer that has been awaiting this moment since it was taken in Kane County, Utah in 2012. When Pope and Young changed their stance in 2021 and allowed velvet antlered animals to be eligible for world record status within their own respective categories, we were finally able to authenticate this buck”, stated Roy Grace, Pope and Young Club’s Records Chairman. “It also demonstrates how sportsmen’s dollars, coupled with oversight from the Utah Division of Wildlife Resources, can properly manage these incredible animals and provide opportunity for sportsmen to pursue them.”

This World Record Typical Velvet Mule Deer was originally entered into the 28th recording period which represented entries accepted into Pope and Young’s Records Program from January 1st, 2011, to December 31st, 2012. As previously stated, Pope and Young changed their policy in 2021, allowing velvet antlered species to be eligible for World’s Record status within their own velvet categories. As such, nearly ten (10) years later, this incredible buck is now crowned as the new velvet World’s Record.

The NDBA Bowhunters Foundation, Inc. is a 501(c)3 Foundation organized exclusively for charitable, scientific and educational purposes. The purpose of the organization is to provide funding for activities which advance the sport of archery, promote the cause of education, encourage community betterment, and assist people to learn more about Archery and Bowhunting in North Dakota.